The MacBook Air (11” late 2010, or A1370 to be precise) of my girlfriend’s father died last summer. It just shut off while he was using it and never came on again. He brought it to his local Mac repair shop (not an Apple store) and they diagnosed it as a faulty logic board. He ended up buying a new one, but he did want to get some files from the dead one’s SSD. The shop tried to help him but in the end did not manage to get the proper adapter for Apple’s proprietory SSD connector and that was that. So he resigned to having lost those files.

I knew that a possible cause for the MacBook’s demise could have been deteriorating solder connections and that people have reanimated all sorts of dead logic boards by putting them in the oven for a few minutes. When I got myself an iFixit toolkit for just this sort of problem, I was of course eager to try it out. So I brought my toolkit along when we visited for christmas and told my girlfriend’s dad of my plans to bake his MacBook. Since he had already gotten a new MacBook and had given up on rescuing the old one, he was fine with me taking it apart and baking it. And he was curious if it would actually work.

I read up on the fine art of baking electronics and dismantling Apple products. Most helpful in that regard were Robert ter Vehn’s repeated exploits in MacBook Air baking and of course iFixit.

Once I made sure that it really did not turn on, I went to work. I followed Robert’s example and made note of where each screw came from. 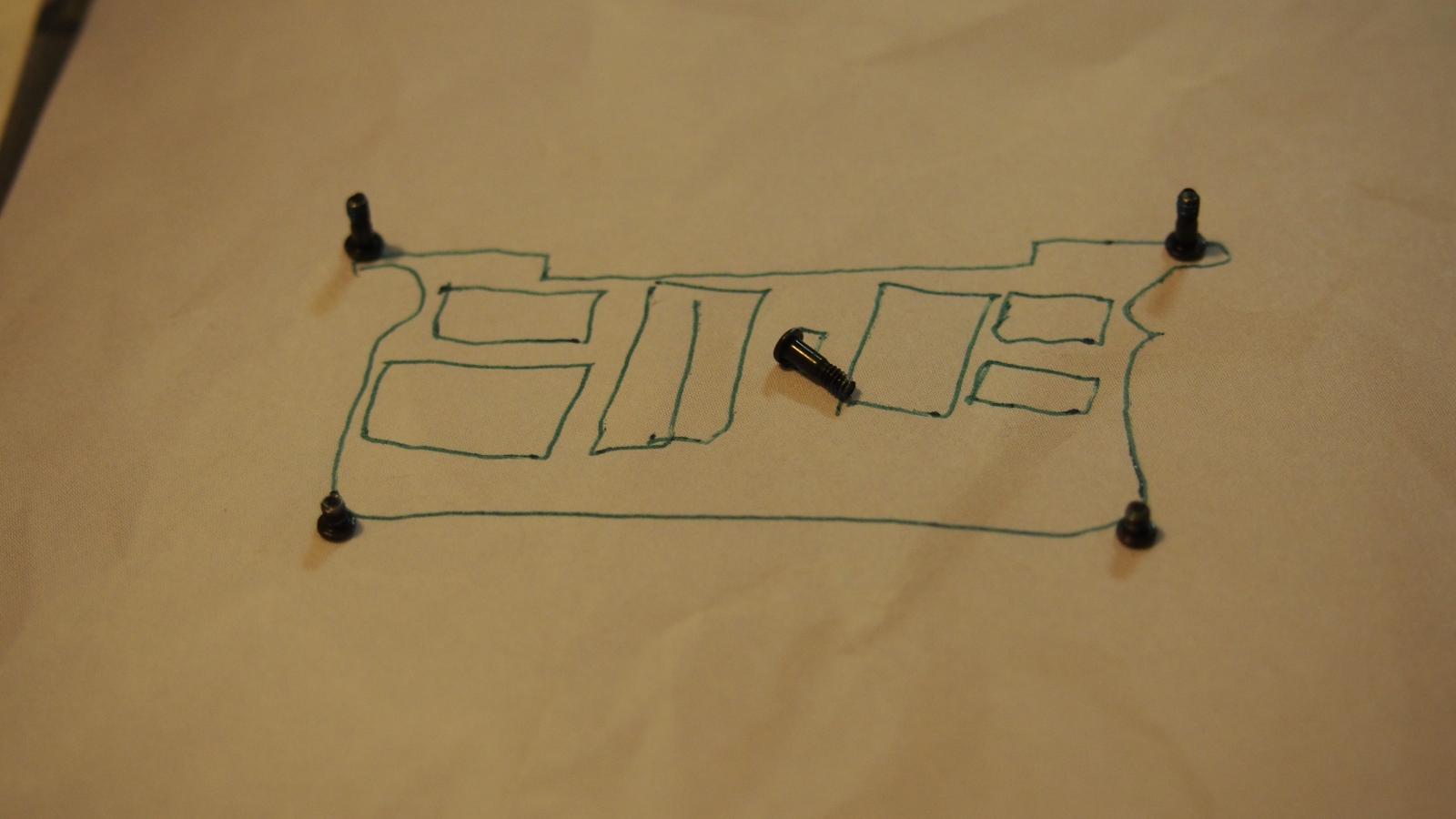 After I got the logic board separated from the rest of the device, I put aluminium foil on a tray and propped the board up on aluminium foil pyramids. 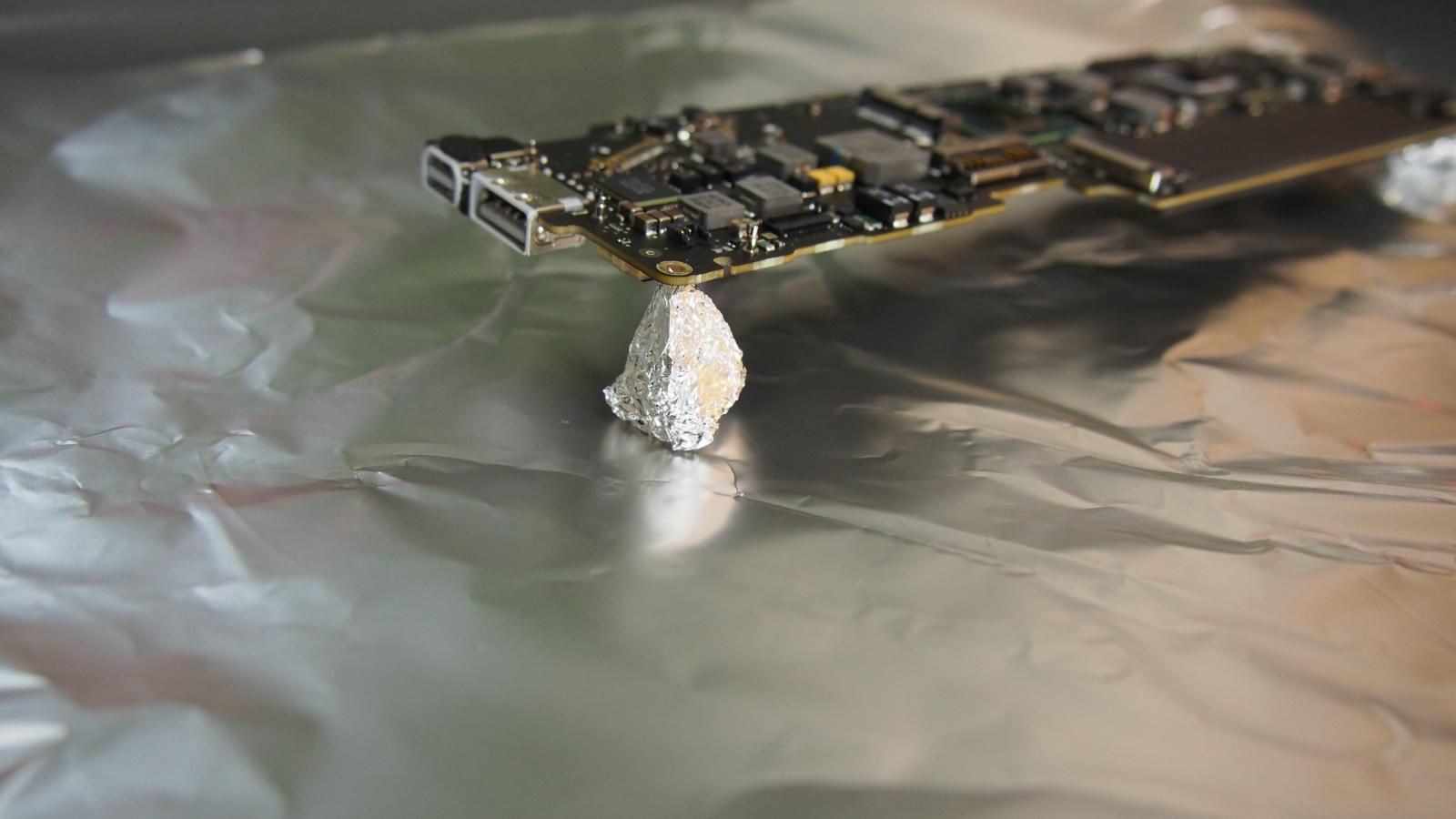 Then I put it in the oven, which was preheated to 190°C. In contrast to Robert I did not remove the paper labels or the little black foam strips. 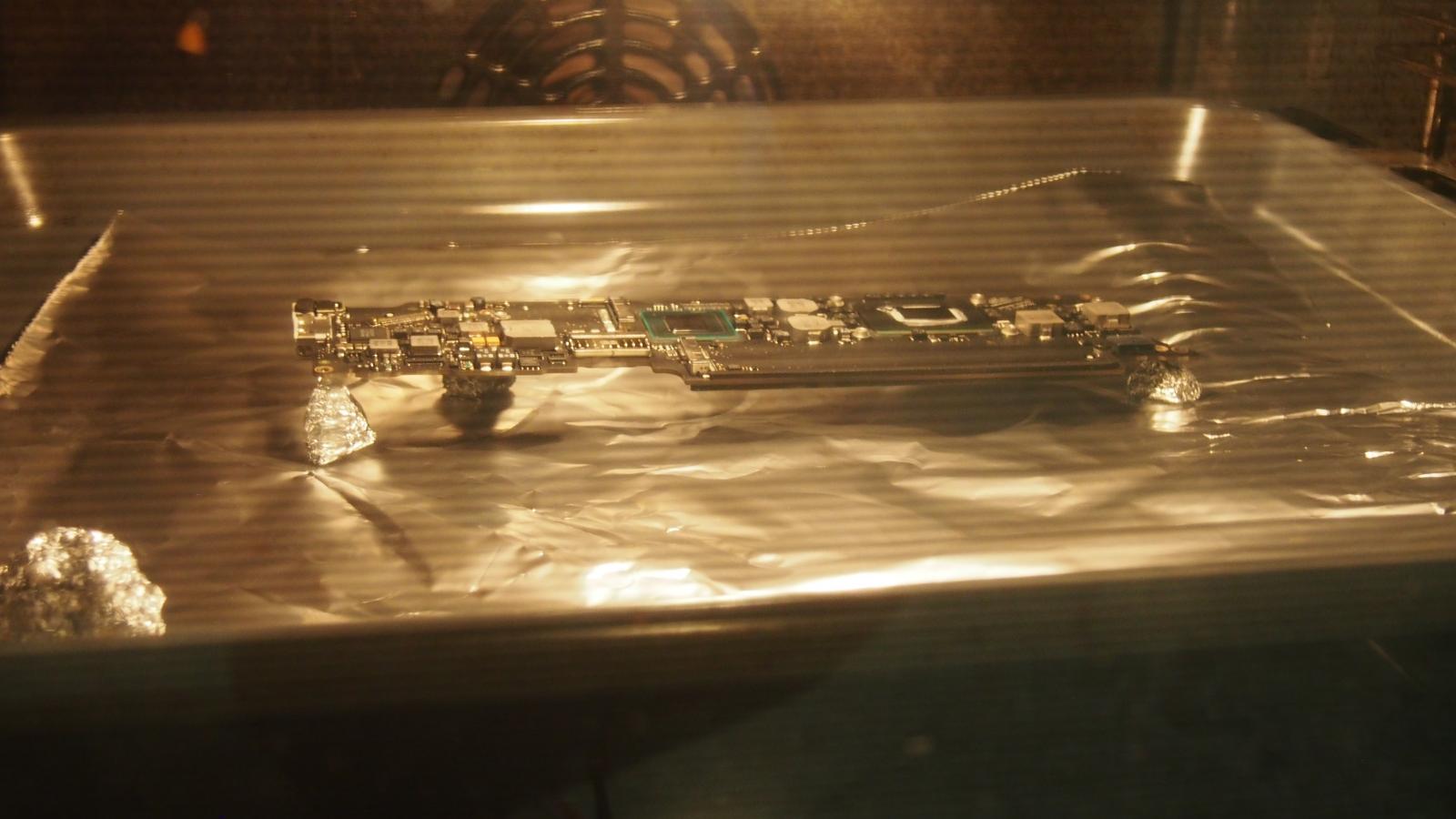 Initially the circulating air in the convection oven made the aluminium foil flutter in the front left corner. I was afraid it might topple the logic board over, so I put an aluminium ball on the fluttering foil. Because I had to open the oven for that, I prolonged the time in the oven to about 9 minutes. The paper and the foam seemed to have survived the sauna tour undamaged.

Even before I started I realized I had forgotten to bring thermal grease with me. But I was eager to see if it worked, so I decided to reassemble the MacBook anyway. I figured for a quick test it should be fine without grease and I can later disassemble it once again, put grease on the CPU and then hand it back over to my girlfriend’s dad.

Well, without any further ado: 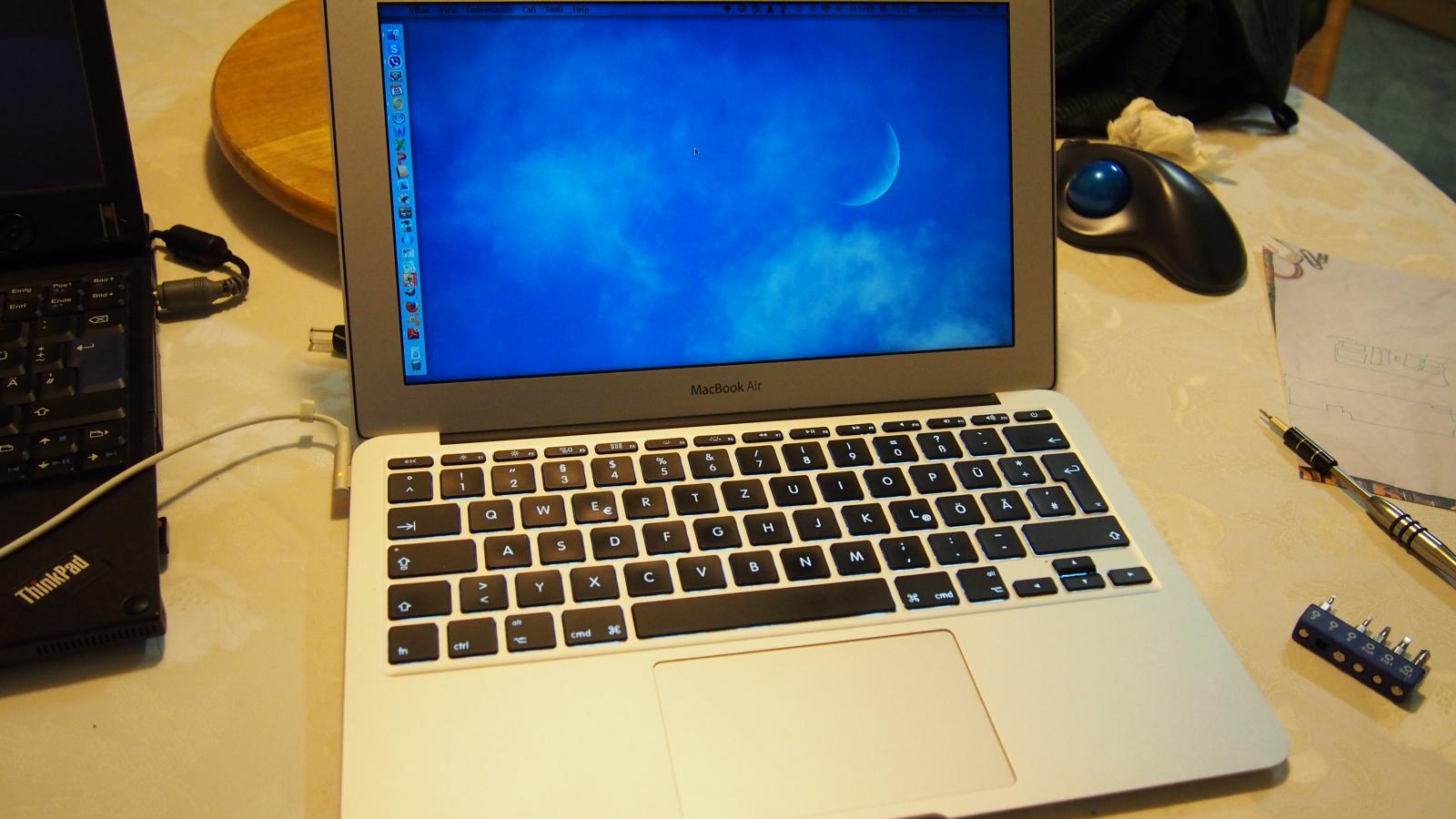 After one or two seconds of seemingly nothing happening, the screen did in fact light up and it booted as if nothing had ever happened. My girlfriend’s dad was adamant that I knew beforehand that it would work, but I really didn’t. I’m just happy it did.