Back in November I was looking for a laptop to replace my aging X61t. I wanted something in the 13” to 14” size class with a FullHD display. At the same time I didn’t want to spend more than 500€. When researching different generations of T4x0 Thinkpad models I stumbled upon the possibility of replacing the display panel in a laptop. More specifically, I found this thread on the thinkpads.com forum. There a member ran a preorder on a kit enabling users to put display panels with the newer eDP connector into the T430s, which uses the older LVDS connector. A few members of the Chinese Thinkpad forum 51nb created this kit, consisting of: 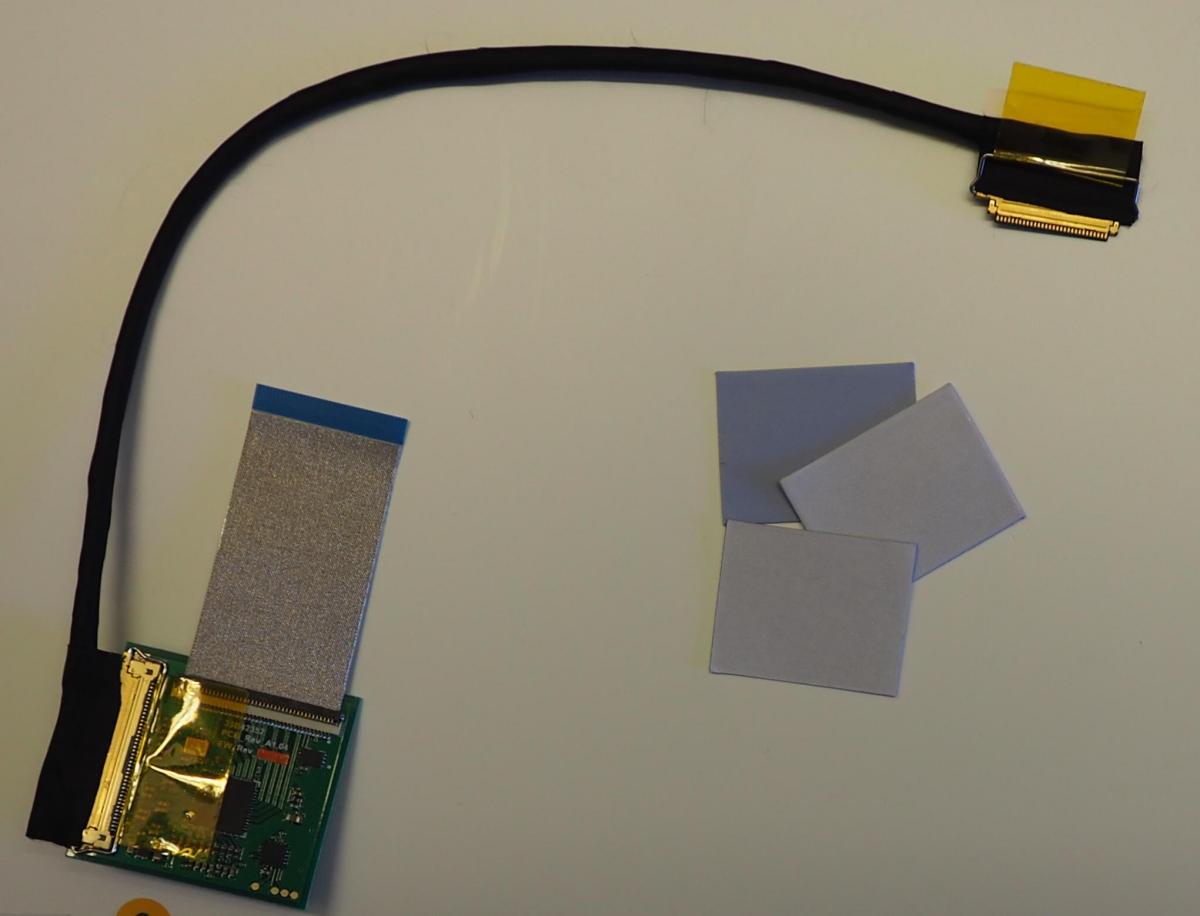 The thread I found was an old one, luckily the kit was so well received that a second batch was in the works and I was just in time to preorder. The prospect of a neat little tinkering project with low risk of dragging on endlessly like my projects tend to do (hence the lack of updates on this blog) immediately sold me on the T430s. So I bought a used T430s and preordered the converter circuit board right away.

When the T430s arrived I quickly saw the motivation behind going through all of this trouble to design a circuit board just to get a better display panel. The stock panel is truly abysmal. The most positive thing I can say about it is that its resolution of 1600x900 became only a secondary reason for replacing it. It has a very narrow vertical viewing angle, the colors are dull and mine had one very noticeable bright spot. I have no idea what Lenovo was thinking when they decided to put this piece of crap in a device that is supposed to be in the mid- to upper range of laptops.

The kits were sent out from the US shortly before christmas and mine made it to Sweden in January. I then set out to buy a panel. The recommended option was the AUO B140HAN01.3 or B140HAN01.2. Unfortunately most sellers on the well known online market platform will gladly put this model number in the title of their offering and then tell you more or less clearly, that they will in fact sell you a model that is maybe the specified one or a “compatible” one, where compatibility is mostly determined by the mechanical properties, i.e. position of mounting holes and connector type. The quality of the compatible display plays a minor if any role. There were a few offerings that guaranteed the B140HAN01.3, but they were close to 100 €. I decided to take my chances and buy one for around 70 €.

I ended up getting an LG LP140WF1-SPK1 panel, which was one alternative listed in the conversion instructions. Looking at the specs at panelook, it is not that different from the B140HAN01.3 and certainly not significantly worse.

With all the parts at hand, I set out to do the actual swap. I mostly followed the picture-rich instructions posted in the German Thinkpad forum, with the occasional glance into the instructions I got via e-mail from the seller of the kit. As many (sadly no longer all) Thinkpads are made with part-replaceability in mind, the process was pretty painless. 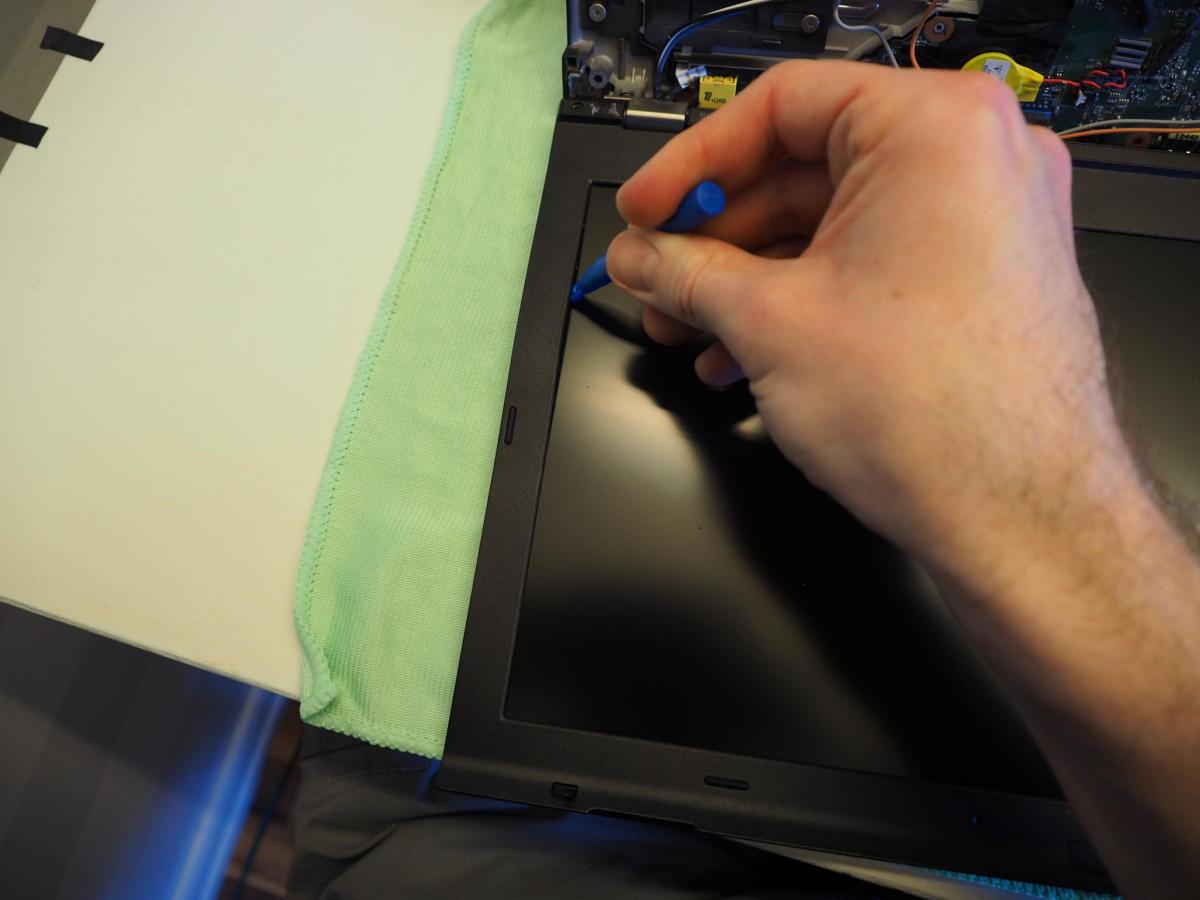 The only time I used a tool from the iFixit toolkit was when lifting the bezel around the display, and even that was not strictly speaking necessary - carefull use of fingernails would have worked as well. 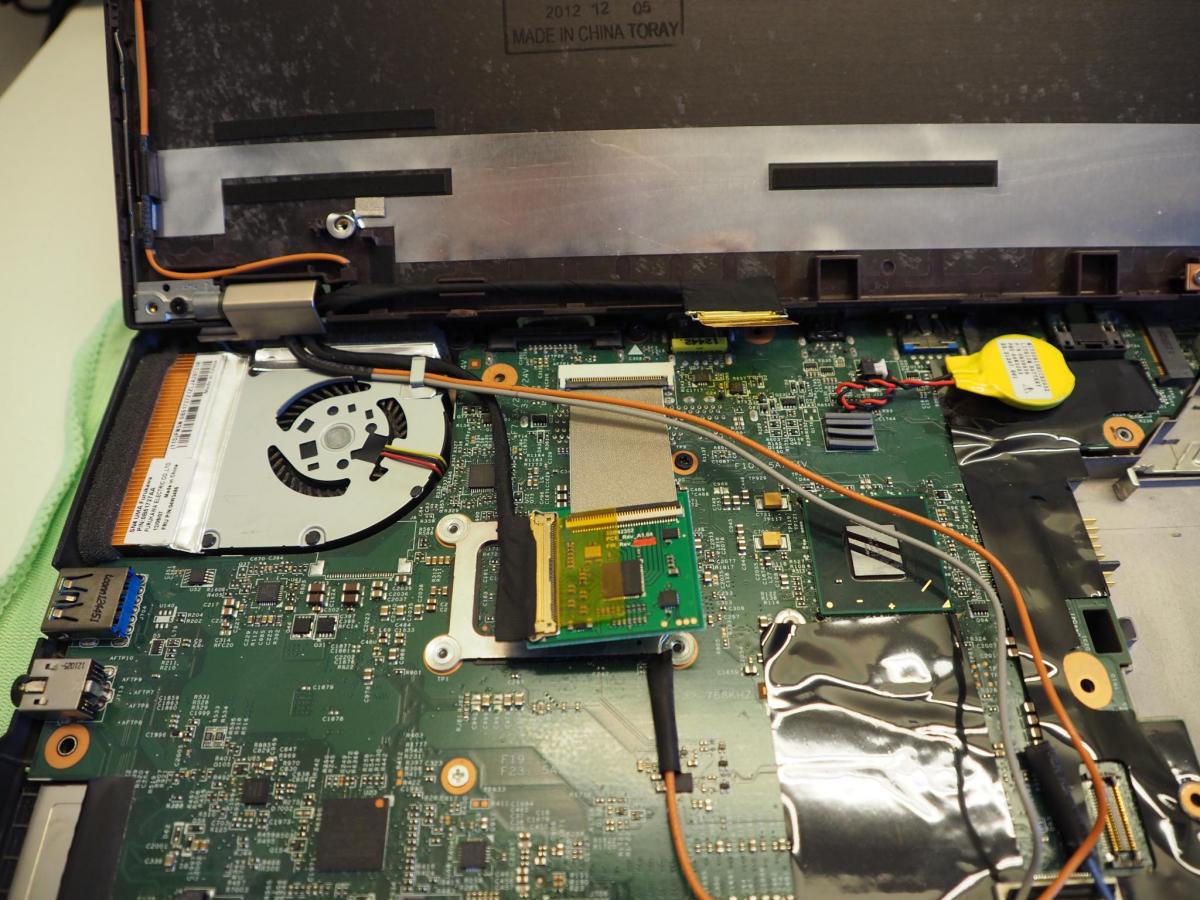 What can I say, the result after reassembly is great. I made a few before and after pictures, and I think they capture the difference quite well, even if they were made in slightly different lighting conditions. 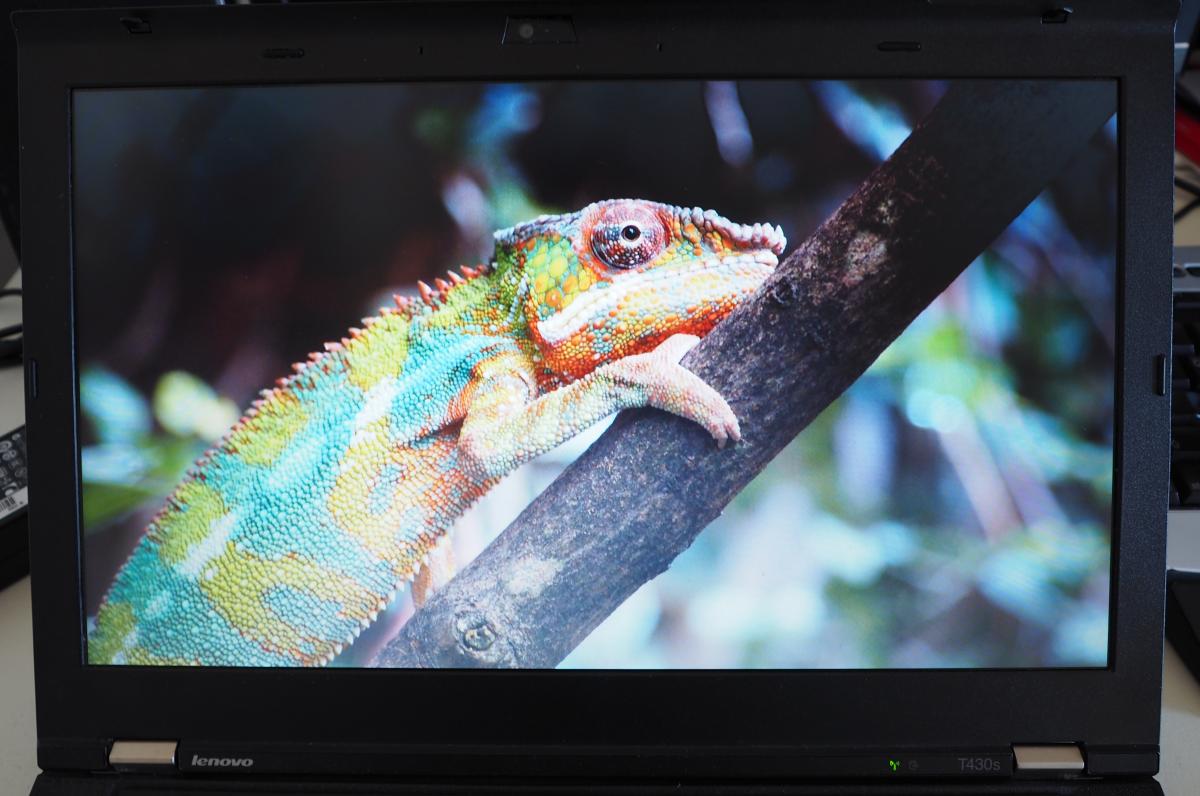 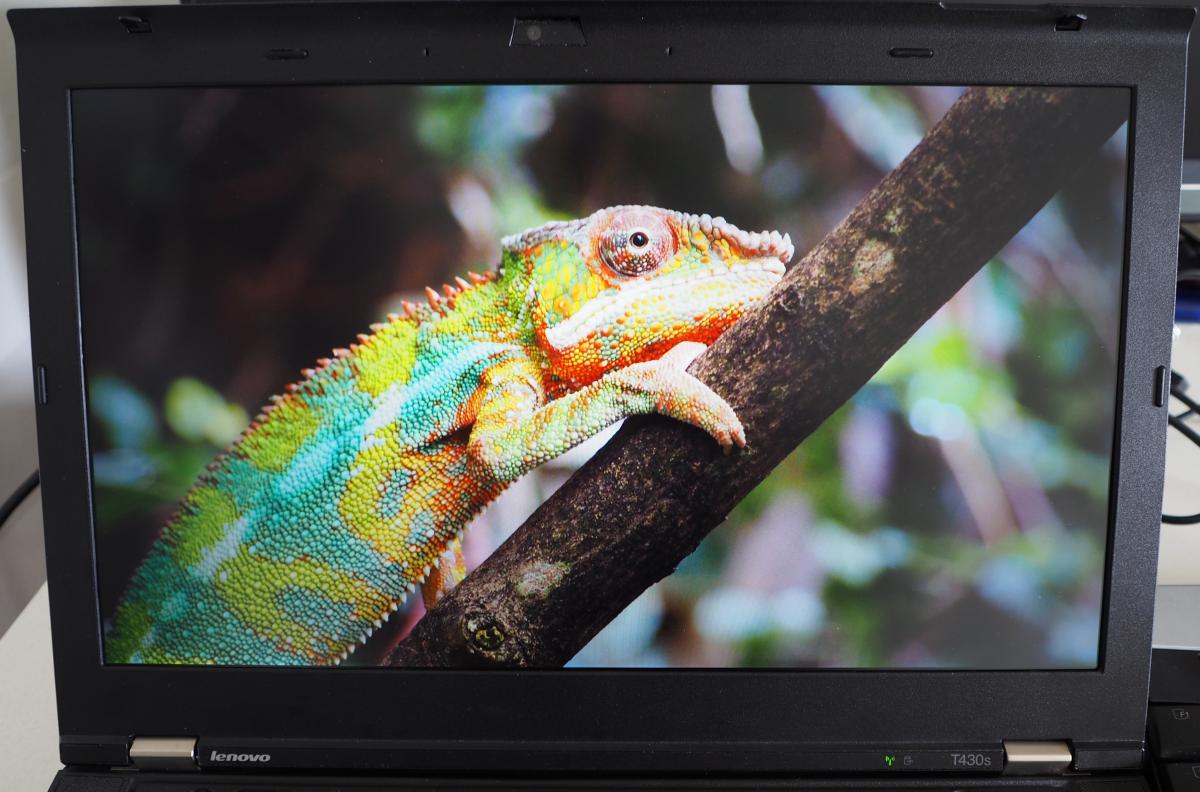 The shots from the low angle are particularly telling.

All in all I think this was exactly what I hoped for - a bit of structured tinkering for a Saturday with an end result that is a clear improvement over the previous situation.